The Australian subsidiary of the Spanish renewables company Elecnor was yesterday awarded the EPC contract for the construction of the first phase of the project of the huge New England solar farm with batteries New England Solar Farm, just outside the city of Uralla, in New South Wales (Australia).

It is Australia’s largest battery-powered hybrid solar power project, funded by UPC \ AC Australia, a joint venture between UPC Renewables and AC Energy, a subsidiary of Ayala Corporation in the Philippines.

The construction of the first phase foresees the commissioning of 400 MW of the total 720 MW, together with the initial 50 MWh of the battery energy storage system (BESS) of the potential 400 MWh.

This first phase of storage will be built with the support of the New England Government’s Emerging Energy Program, endowed with 75 million Australian dollars (45.3 million euros), designed to promote large-scale projects that can dispatch energy to the network on demand.

Elecnor will build a 322 MW wind farm in Brazil 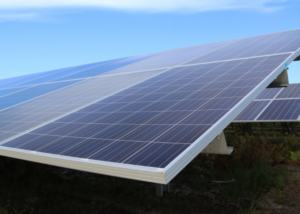